On the one hand, discussing poop is widely considered juvenile in our culture. On the other, poop is not only interesting, it's incredibly useful. I've been noodling around with an idea for how to fix up one of my favorite story concepts, about a group of genetically engineered Peacekeepers getting dumped with an Academy's worth of scientists and technical specialists onto a planet originally intended as a nature preserve with no way home.

It's in the same universe as Recycled and would be either a riff off of, or an alternate universe version of, Can Androids Cope with Tiny Goats?

Judging from the difficulty of even finding books like Dragonsdawn and Fall of Angels (particularly as first books instead of prequels for popular series) there's not a huge audience for that sort of book, but it appeals to the same part of me that likes playing RimWorld and Civilization. Anyway, I think in that sort of environment, poop is vital to survival whether  it typically appears on screen or not, so I went to learn more about how it can be helpful.

Coprophagy occurs not just in well-known bugs like house flies dung beetles or decomposers like bacteria and fungi, but also in plants. High up in the cloud forests of Borneo, there's a pitcher plant known as N. lowii that survives the low-nutrient environment by secreting food for mountain tree shrews, which then poop into the toilet-shaped flowers like something out of an Disney movie. Much like how carnivorous plants in the Philippines occasionally eat mice by slowly digesting them with the help of fluid held by their leaves, these coprophage pitcher plants digest the poop and use it to help thrive in nitrogen-poor places. It's more efficient than eating insects in places where there just aren't many insects.

By studying fossilized poop (coprolites) from the Southwestern US, scientists discovered several extinct strains of gut bacteria. They also identified none with antibiotic resistance but found significantly more diversity than modern gut biomes, even those seen in modern hunter-gatherers. The implications of the study on modern health are pretty fascinating given the probable links between gut biomes and problems like obesity & depression, exercise habits (these are fascinating studies, albeit on rodents), and allergies.

It turns out that sometimes when you feed the poop of a fat mouse to a skinny mouse, the skinny mouse will gain weight – and vice versa. Incidentally, about 16% of dogs eat poop, and so do lots of other animals  – even the ones that don't do it to re-absorb nutrients their bodies missed the first time around, like cows. In some cases, eating poop that's too close to help is a survival strategy to help ensure that intestinal parasites don't hatch near the den.

Compared to most modern fertilizers, manure is mediocre because it bulky and often doesn't have the right mix of nitrogen and potassium. It is, however, extremely cheap -- and cover crops can usually make up the difference in potassium. In Medieval times, though, it was a critical part of the agricultural calendar. Manure was spread in January to cure, then added to the soil in February along with chalk and lime. That said, sometimes the soil is rich enough that it's not necessary; many Neolithic Scottish farmers apparently didn't bother, unlike their neighbors.

Discussions of terra preta, or biochar (basically the ashes of wood, bone, and poop), in the Amazon fascinate me. Firstly, because ecologists often emphasize the wonderful way that ancient humans improved the health of the soil using sustainable methods. The variable definitions of "improved" and "healthy" always feel like a bit of a disconnect, because so many environments I read about (like the cloud forests of Borneo, with its relatively unique coprolite plants that would never survive in nutrient-rich environments) have interesting plant life eking out "life in the edge" in really poor environments.

I always flash back to books like Dune, where "improving" the desert resulted in wiping it out and making it into just another forest world, all but destroying Dune's unique ecology. I'm not arguing that we'd be better off trying to live in deserts and the arctic, or that focusing on sustainability is silly (I like having enough food to eat as much as the next person1), I just always experience a certain amount of cognitive dissonance I just find the seeming lack of awareness that lauding diversity is as much of a human-centered value judgement as lauding productive monoculture is (although the article linked above is pretty good, which is why it's the one I saved).

📗 If you found this interesting, you may also enjoy my previous newsletters about how birds fight with poop, the role of poop in making gunpowder, and of course, sewers.

💩 Do you know an interesting or obscure feces fact? Please reach out — I'd love to hear about it, either via email or in a comment on the web version where other readers can see.

Quick facts about historical cleaning methods from around the world, from lotus leaves to bronze knives. 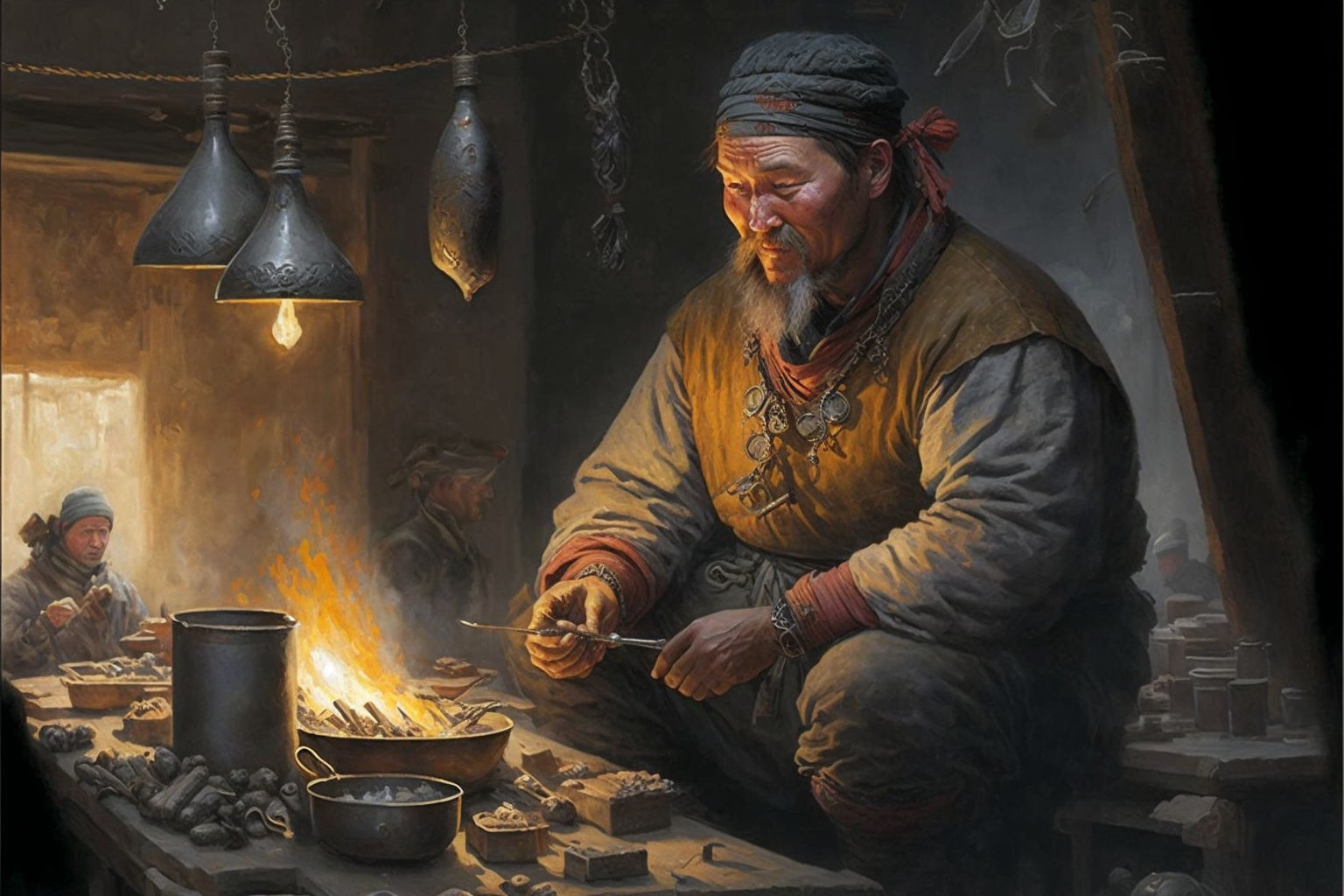